Panchakarma Treatment is the most popular detox program in Ayurveda. It is a unique way to heal & rejuvenate 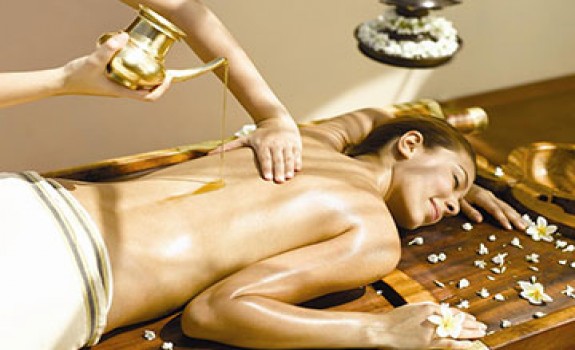 Ayurveda uses the two modalities of ‘addition’ and ‘reduction’ to bring about equilibrium. The former is called brimhana chikitsa and the latter langhana chikitsa. While addition therapies are targeting nourishment and building up of tissues, reduction therapies give emphasis to two modalities- mitigation and cleansing. The mitigation part of langhana chikitsa is beneficial in conditions of mild increase of dosha or when the individual is not strong enough or suitable for cleansing therapies. These are prescribed according to the discretion of the Vaidyan or Doctor.The majority of medications, dietary and lifestyle advises fall under this category, the shamana chikitsa. The conditions wherein the doshas are highly vitiated beyond the control of shamana chikitsa and whenever an elaborate detoxification is required, cleansing procedures are advocated. Scientifically called the shodhana chikitsa, this involves the five purification procedures viz.

Panchakarma Treatment is a sophisticated procedure for the effective application of cleansing therapies.This Sanskrit word roughly means “Five Procedures”. Apart from the five shodhana applications done as the major procedure (pradhana karma), Panchakarma Treatment includes a preparatory procedure (purva karma) and a subsequent procedure (paschat karma).
Toxins produced as a result of faulty metabolism and also impurities entering our body from external sources may not always be timely expelled. In the due course of time it gets lodged in our tissues. In general, the following is what happens during various stages of panchakarma treatment:

Panchakarma treatment is the most popular cleansing method and is applied in almost all diseases as an ultimate curative solution as per classical Ayurvedic literature in Kerala. One can even find passages in Rigveda mentioning eradication of diseases through natural orifices, suggesting knowledge of panchakarma in the Vedic period. Panchakarma treatment is designed in such a way that by expelling the wastes from the body, panchakarma also allows the longstanding equilibrium of the doshas and thereby facilitates the natural regeneration of vital tissues. So, the preventive aspect of panchakarma treatment also utilizes this modality in a large scale.

The enormous success rate of panchakarma treatment has made it ever popular internationally. Most other systems of medicines fail to identify the deep seated toxins that are creating turmoil within our bodies. In fact they often tend to merely addresses superficial waste expulsion. In making this differentiation, panchakarma treatment brings clarity to detoxification and its importance and helps guard against the side effects of excess or wrongly administered detoxification therapies.

Back
© 2021 The Health Village. All Rights Reserved.
Powered By seeroo